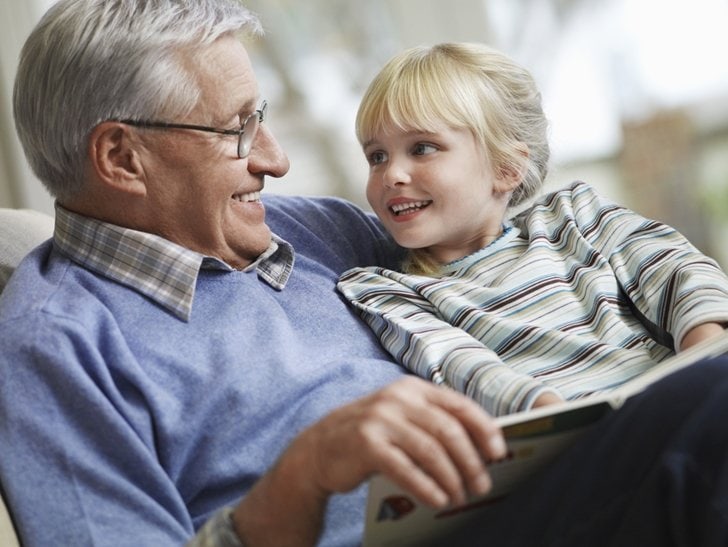 A grandfather finally came into our office for a hearing evaluation. He didn’t really want to be here, but he came in because his family kept bugging him about his hearing. He told us that he can hear what he wants to hear just fine and when his wife and children speak clearly and look at him, he could hear them just fine too. His wife was with him, and she grimaced in disagreement.

His hearing evaluation results showed us that he had a severe hearing loss and a speech in noise impairment. He didn’t agree with the evaluation results, but his wife wasn’t surprised by them. We programmed up a pair of hearing aids for him to listen to with a prescription for his loss. We could tell there was an improvement with his speech understanding while wearing them and so could his wife. But, he wasn’t convinced. Even though he wasn’t asking his wife to repeat what she was saying while wearing the hearing aids, he said he wasn’t noticing a big difference with them on.

After reassuring him that he has 60 days to return his hearing aids if he feels they are not benefitting him, his wife convinced him to give them a try. During his hearing aid pick up appointment, our patient’s wife was very excited, but he wasn’t at all. After some fine tuning of his prescription and counseling them both on how to properly use and care for the hearing aids, our patient and his wife left after setting up his 30 day visit with our front office staff.

On his 30 day visit, our patient walked in the door with his wife again. As they sat down in our waiting area, we immediately noticed that his wife wasn’t talking as loud as she was when they came in for his first visit. They chit chatted in the waiting area until his Audiologist came out to escort them into her office. In her office, his Audiologist asked him if he feels his hearing aids are benefitting him. A smile spread across his wife’s face and she let out a chuckle.

Our patient began to smile too and pulled out his cell phone. He fiddled with it until a picture of a little girl with big blue eyes, curly blond hair, and joyous smile was displayed. He showed the picture to his Audiologist. “This is my two year old granddaughter. I can hear her now. She calls me PaPa now.” His wife chimed in with “She always called you PaPa!” He looked at his wife and blurted out “Yes, but I can hear her call me PaPa now!”

His wife went on to say how their granddaughter and PaPa have conversations now. When they sit and have lunch they talk about cartoons, colors, and they count together. Before he started to wear his hearing aids, lunch time with his granddaughter was pretty quiet. His wife said that she and their granddaughter would talk to each other while he would just eat and read the paper. “Now, I feel left out of the conversation at lunch” she laughed.

For PaPa, hearing aids gave him a whole new world to listen to. He wasn’t turning up the TV anymore to the point where his wife had to leave the room because it was too loud for her. His children could have a conversation with him without having to repeat several times. “Oh, the birds! I can hear the birds again. I think I forgot what they sounded like” he told his Audiologist.

One of this big things our patient made sure to tell us was that he was able to understand his doctor when he went in for an appointment. “I think next time I go, I won’t have to have her go with me” he said as he motioned to his wife. “Oh, so I won’t have to be your ears anymore?” she chuckled as she nudged him in the arm with her elbow.

Papa’s story is pretty common. Before wearing hearing aids, many of our patients didn’t know what they were missing, but everyone else around them did. They would use family members as “hearing helpers” as their doctor appointments, miss out on conversations as well as surrounding sounds. But, once they start wearing hearing aids, a whole new world opens up for them, just like it did for PaPa.

To schedule your hearing evaluation and discover what options you have for better hearing, just call Lemme Audiology at (814) 941-7770. Let us remind you what the birds sound like.